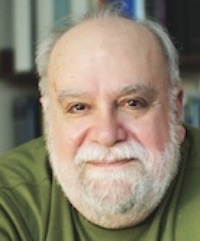 Professor Chryssostomidis served as Director of the MIT Sea Grant College Program from 1982 to 2017, and established the Autonomous Underwater Vehicles Lab in 1989 to develop technology and systems for advanced autonomous surface and underwater vehicles.

In 2003, with MIT Sea Grant staff, he created the Sea Perch Program, funded by the Office of Naval Research. The Sea Perch program trains educators across the United States and around the world to build a simple, remotely operated underwater vehicle, or ROV, made from PVC pipe and other inexpensive, easily available materials.

His over 100 publications display his wide range of interests including design methodology for ships, vortex-induced response of flexible cylinders, underwater vehicle design, design issues in advanced shipbuilding including the all electric ship and T-Craft.